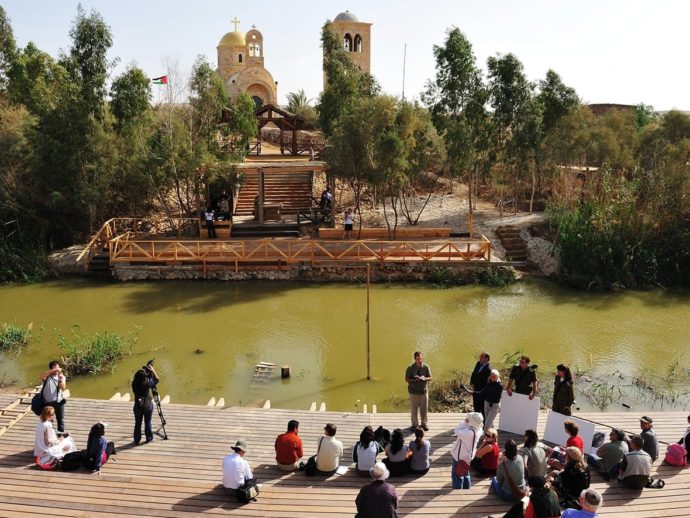 Although Jesus was born in the Israeli town of Nazareth, his “spiritual birth” is said to have taken place during his baptism in the Jordan River. The site of his baptism has been located based on biblical descriptions and today serves as a popular tourist destination for Christians. Located along the Jordan River, the site now goes by the name of Qasr al-Yahud. You can walk in the footsteps of Jesus and visit this site with Noah Tours. Take a look at our private Israel tours!

the baptism site at Qasr al-Yahud

Qasr al-Yahud is located just north of the Dead Sea and just southeast of Jericho. The baptism site is considered by many to be one of the top three holy sites of Christianity. Because of this, Christians from all over the world flock to the site to witness its sacred significance. The area also houses many old churches and monasteries from many different denominations.

Are the churches open to the public?

Though most of the old churches and monestaries are not accessible today, the baptism site itself is open for individuals to visit and even open for baptism ceremonies if you coordinate in advance. Aditionally, two new outdoor chapels have recently been constructed which are open for Christian visitors of all denominations.

When did the site open to the public?

The site was closed to the public for much of Israel’s early years. After the Israel Jordan peace agreement in the 90s, the site was officially restored and opened to the public in 2011. Since then, the Baptism Site has hosted everyone from Pope Francis to celebrities to heads of state to royalty! 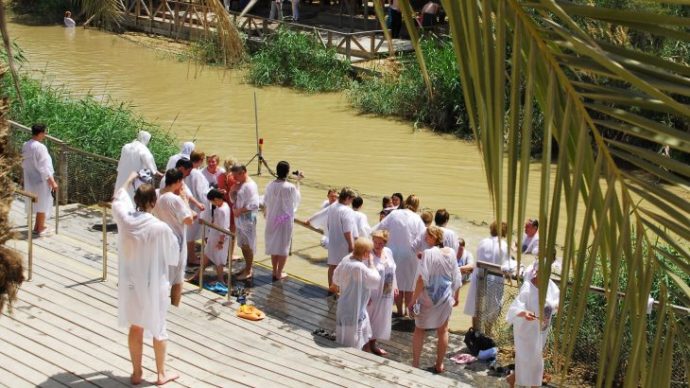 When you travel with Noah Tours, you can visit Qasr al-Yahud and many other sacred sites! Take a look at our Israel Tour Packages for more information.